FRIDAY 29th
Friday 29th
Once again we met at 5:30 PM in the association eager to spend a nice weekend together. At about 7:00 PM we reached Arteaga, we settled and began with some games to break the ice. We played hide and seek, blindman`s buff, handkerchief and ping-pong. We intended to spend some fun time before supper.

After supper, we watched a film, as we usually do. We took several films and through a votation process they decided they wanted to see “Bee movie”, an entertaining, fun and educative movie, it has as a theme the importance of collaboration and team work. They enjoyed it very much. We then called the day off and went to rest.

SATURDAY 30th
After taking a shower and greating the day with a great breakfast, we took the inter-city, which this time did stop unlike two years ago when it did not. We went to Lekeitio.We wanted to get them to know a nice coast villaje, and thanks to the nice weather, have a good time at the beach. They liked Lekeitio very much.and they had a great time at the beach.Some of us took a brave step and when into the water. Jorge really enjoyed his bath and did not come out until it was time to go.Before fetching the bus to return, we had some softdrinks to fight the heat and we then came back for lunch.

After luch, and after having a rest, we began with our first afternoon activity: water games. We made two teams and we had to fill some carafes in order to win the game. The objective of this fun activity was to encourage a healthy competivity among the members of the different teams and to spend part of the afternoon fresh, since it was rather hot. Team 1 won. The team members were: Jorge, Jose Ramon and Javi.

After that activity we had a delicious afternoon snack and we were ready for the scheduled a handy craft to apint and make look old a wooden box. At first we thought we would only have time to pain t the box, butm since it was so hot they dried very fast and we could also apply the asphalt in order to make them look old. Handy crafts are very positive activities because it encourage them to promote their creavitivity and helps them realize they are able of doing much more things that what they actually spect. Even so, they protest plenty. They speciaqlly enjoyed this Handy craft, they were very proud of their boxes. Actually, they did a great job!. Once they finished with the activity we sent them top lay ping-pong whilr we hid the clues for the evening.

After the classic Saturday supper, hamburguers, and once it had darken we began with the night activity, treasure hunt. They first had to find the hidden clues that would take them to the treasure map. Once they found the map, they had to figure it out and go find the treasure. By means of this game we intended to make them think up in order to figure out the clues. Some were easy, but we had to help them with other harder clues.Another goal of this activity was cooperation, they were all teamed up in one single group and had to work as one. Once they found the map it did not take them very long to work it out and find the treasure: a bottle of grape juice and and some crisps for next day’s snack. At 11:30 pm they all went to bed pretty satisfied about finding a treasure.

SUNDAY 31st
Early in the morning we went with the owner of the house and his brother to help them feed the animals. They love it, since they are not afraid mto do so and it stimulates them a lot. The brothers explained the kids all about the animals, they were very interested and made many questions, some even helped picking the chickens’ eggs. They had a great time with the dogs, they spend a lot of time petting them and playing with them.

Since the weather was still rather nice and we had finished surprisingly quick the box Handy craft we decided to go again to the beach, This time we went to Laga. We sunbathed and this time only Javi dared to take a bath, Jorge tried, but the water was very cold and it was a bit windy.

And of course, before leaving we took a photograph of the group with the tree palnted by themselves two years ago. And so the marvelous weekend we spent in Arteaga came to an end. 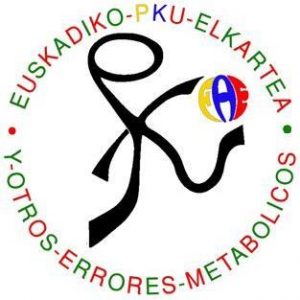